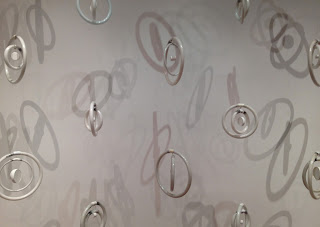 Carolyn Cardinet's work is wry - deceptively so - she deals with deadly matters.

Figures suggest that there are 8 million tonnes of plastic waste entering the ocean each year.
At least one million seabirds, and one-hundred thousand marine mammals die each year due to plastic pollution (Laist, 1997).
Ocean pollution is a carrier of invasive species.
The problems go on and on and Susan George was bringing this to our attention in the 1960s. 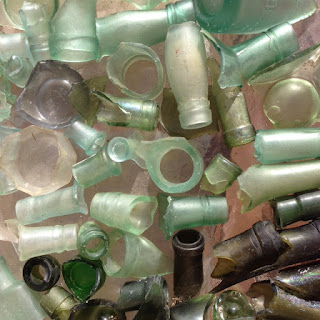 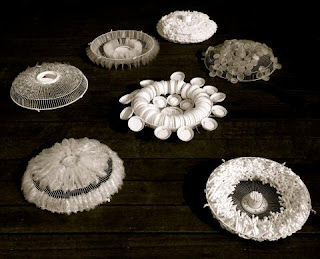 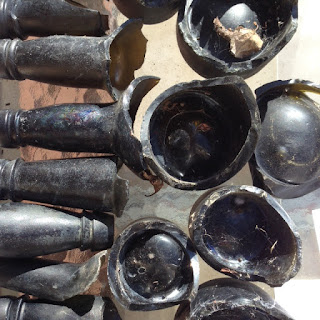 She is a medium sleuth – no material is too humble for her gaze or manipulation. Self-described as ‘an experimental artist  … (who moves) between site specific installation, sculptural assemblage, video and painting’ Cardinet seeks out the sensorial, poetic and provocative in the nature of materials and in so doing startles the viewer with her inventive and sometimes shocking ‘repurposing’.

Her recent show, White Trash, offered just such an experience: an assemblage of single-use white plastics, the found translucent materials created a poetic lure to draw the viewer near, only to startle with the very nature of the mediums.

Coming from the home of visual wit and repurposing - think Duchamp - Cardinet now lives and works in Australia, her original 2D practice has been suspended as her obsession with assemblage burgeons.

At WINDOWSPACE BEEAC she plans to create in situ with the locally found - thus adding another layer of surprise to her provocative oeuvre.
Her installation-performance will start 11 am. Sun 6 September.

The artist will also engage members of the Men’s Shed in her Beeac work. Details shortly.

Testament to the very contemporary nature of her work, Cardinet has been chosen as a participant in next year's Lorne Sculpture Prize and is a selected-exhibitor at the Yering Station Sculpture Award 2015.